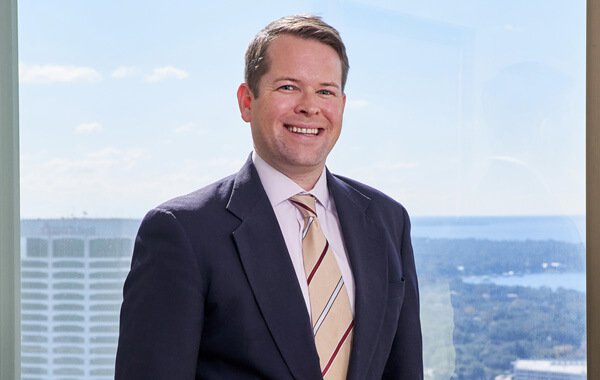 Brian Fitzpatrick Moore is an associate for Sheftall & Associates. Mr. Moore practices primarily in the firm’s civil trial practice, including significant representations in commercial, probate and personal injury matters in state and federal courts. Mr. Moore joined the firm in 2012. A Jacksonville native, Mr. Moore received his B.A. from Davidson College in 2004, majoring in philosophy and German. While at Davidson, he studied for a year at the Bayerische Julius-Maximilians-Universität in Würzburg, Germany, focusing on 20th-century European philosophy. After beginning his legal career as a mass tort litigation firm in New York City, Mr. Moore attended the University of Florida Levin College of Law, where he received his Juris Doctor in 2010 with a focus on litigation and trial practice. While in law school, Mr. Moore interned as a summer associate at two boutique Jacksonville litigation firms and was active in the John Marshall Bar Association. Mr. Moore resides in the Jacksonville neighborhood of Avondale with his wife, Katherine, and their two longhair dachshunds, Victor and Pablo. An avid sports fan, his love of the Florida Gators is only surpassed by his love of the Davidson College basketball team.